The Marans breeds originated in the town of Marans, France, 10 miles north of la Rochelle in the 19th century. The introduction of the Marans into Britain in the 1930s helped begin a process of standardisation that has now resulted in the creation of various different strains and colours. The Marans are probably most famous for their dark brown, chocolate eggs, and as you can see, our birds are a good example of this most-famous trait. Differing from the Cuckoo Marans we also look after other than their colouring, the Copper Black are found with feathers on their legs. These birds have a very subtle cooper colouring on their hackles, hence the name, which makes them quite striking when seen from a difference. 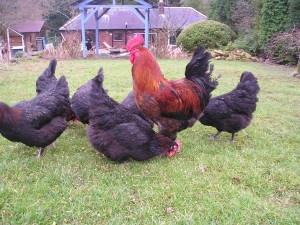 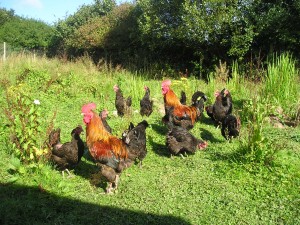 Great things happen from within !

I wish that all the eggs you purchase from me or anyone else are broken from within.